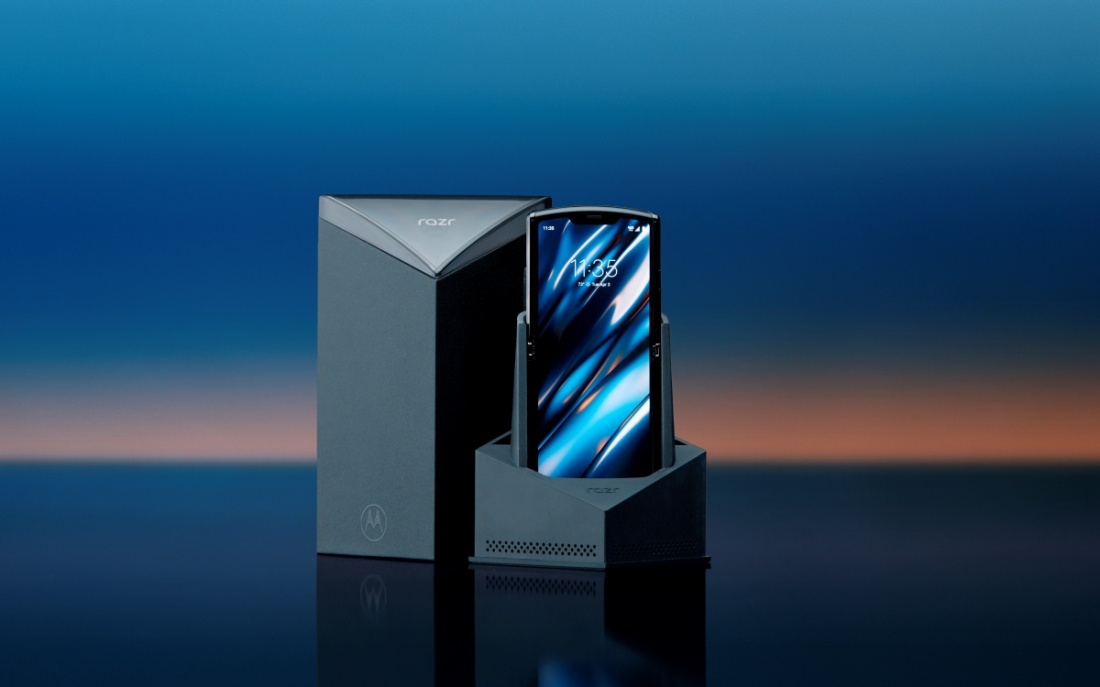 Motorola Moto Razr’s back! It’s the same clamshell phone we all loved (most of us) as kids way back in 2004. Back then, its razor-thin profile made it a fashion accessory. In 2005, Motorola dropped its price and by July 2006, Motorola sold 50 million units of the phone. It went on to become the most successful clamshell phone to date, selling over 130 million units in its four-year run. Subsequent Razrs (Razr2 of 2007 and Droid Razr of 2011) weren’t as successful. However, that’s all in the past and foldable phones are all the rage right now. All Motorola had to do was revisit its past and bring back it back. Now that Motorola Moto Razr is here, the question is whether it has what it takes to earn your consideration.

The Motorola Moto Razr is an all-new device. However, it still will remind you of the Moto Razr V3 of 2004. It is quite thin at 6.9mm and packs a 6.2-inch plastic OLED (pOLED) display. Do you know where you last heard of that pOLED screen? The LG G-Flex range of phones that had a bendy display and self-healing back panel. This screen was also seen on the Pixel 2 XL.

On the Moto Razr, this display is in its most ‘bendy’ avatar yet. It’s an HD display, putting out 2142 x 876 pixels. Interestingly, the external 2.7-inch gOLED display comes from Samsung and has 600 x 800p resolution.

In its folded form, the Moto Razr is 94mm long. When unfolded, it grows almost doubly to 172mm. Yes, there is a chin that adds to that length but that still renders any complaints of the screen being small as non-issue.

What’s more impressive is how the features that make a Motorola smartphone so good exist here. The phone is splash-proof and can handle those accidental spills. It still features a fingerprint scanner to make use of that chin. There is Android 9 Pie which is a bummer but at least Motorola’s kept it neat and clean. There’s the awesome Moto Experiences to be found here as well.

The Moto Razr packs a 2.2GHz octa-core Qualcomm Snapdragon 710 chip with 6GB RAM. Agreed, it’s not the most powerful Systems on a Chip (SoC) out there but it is quite good at balancing performance and battery life. It is the latter where Moto Razr needs help as it features a small (by today’s standards) 2510mAh battery featuring 18W TurboPower fast charging.

The Moto Razr packs a 16-megapixel main camera and a 5-megapixel secondary camera. For connectivity, it offers eSIM, NFC, Bluetooth 5.0, and USB 3.0 Type C port. The point of mentioning all this details so early was to tell you that this is a thoroughly modern phone.

One of the main talking points of this phone is how its screen sits flush whether the phone is flipped open or closed. Motorola designed a zero-gap hinge for this specific purpose and it works as intended. What I am a little uneasy about is the hinge’s tendency to gather dust. It was one the main complaints with the Razr V3 too.

Not all of us have phones with good front-facing cameras. This phone’s external camera can be used as a front-facing unit when the phone is closed and a rear-facing lens when the phone is open. In short, you don’t have to rely on the 5-megapixel secondary camera when you can use the 16-megapixel main camera to click selfies. That’s a nice advantage to have, don’t you think?

Is the Motorola Moto Razr worth consideration?

History tells us that Moto Razr V3 (the first Razr) was quite popular from the get-go. However, it wasn’t setting sales charts on fire. Only when Motorola reduced the price of the phone did it sell like hot cakes. Same is the case here. For those who can afford it, it is still the foldable phone to have. For those who can’t, keep it on your short list. Who knows when its prices fall, you may be able to get one?

The second scenario is where price is no barrier. In such a world where most foldable phones are trying to be phones-tablet hybrid, the Moto Razr is a refreshing change. It isn’t pretending to be anything other than a smartphone. As a phone, it is outgunning them all not by sheer force of its spec sheet but by staying true to its past.

In a world full of glass slabs, it features a textured back. Where almost every phone is trying to make a statement, it is paying homage to the original Razr. To the nostalgic ones among us (me included), that is the USP of this phone. By the way, it looks smashing in Blush Gold too with that black-on-gold finish.

Right now, the market for low-cost foldable phones just doesn’t exist. The Moto Razr was expected to be an affordable alternative to the likes of Samsung Galaxy Z Flip. Realistically, it isn’t an alternative to any phone and cross-shoppers need to understand that.

It is Motorola’s yet another attempt at reminding buyers that it can still innovate, and still make you sit up and take note of its act (remember the Moto Z Force or the Moto Mods?). While the company is defined by its Moto Gs, Moto Es and Moto Powers, it is still a force to be reckoned with in the premium segment. I have an inkling that once Motorola drops its price, you will likely find it tough to not get a Moto Razr for yourself.