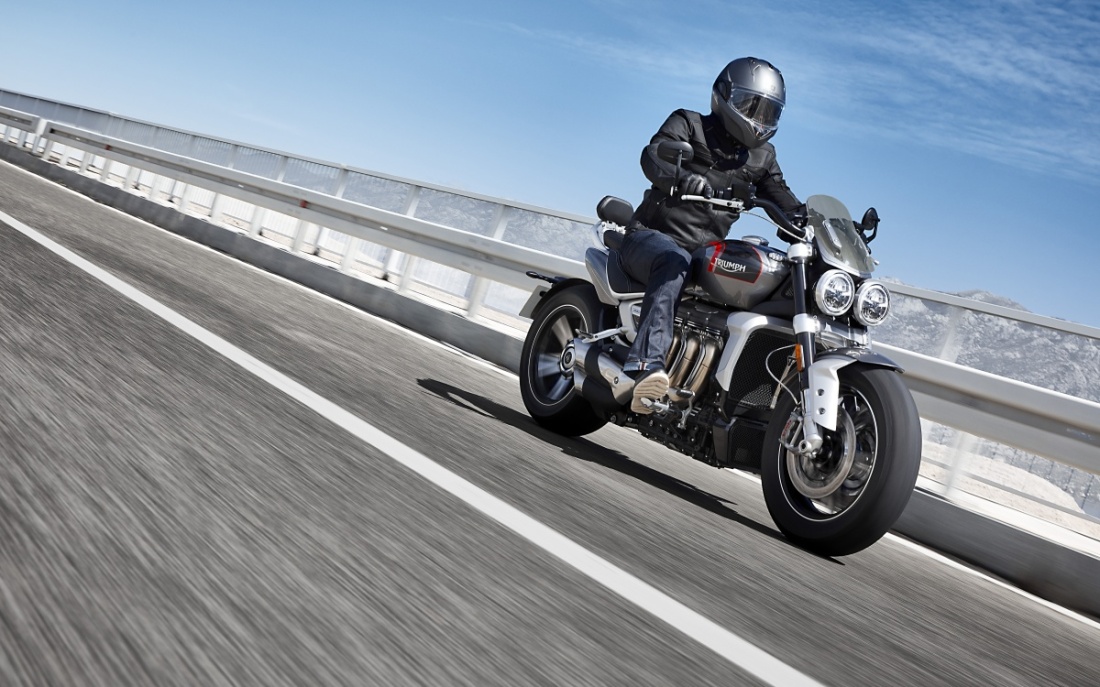 The world of motorcycles is a crazy one. Each offering feels worlds apart from another. Every motorcycle maker has its own USP. Yamaha makes some great-looking motorcycles that are as reliable as any Japanese motorcycle should be. Honda and Suzuki make some extremely versatile machines. KTM’s mantra is bang-for-buck. That brings me to Triumph, the only bike maker that works mostly with inline-triple engines. The crazy part of it all is that it also makes some of the biggest motorcycle engines around, regardless of the cylinder count. Need proof? Then you need to know about the Triumph Rocket 3 without further ado.

What’s new about the Triumph Rocket 3?

Well, to say that Triumph Rocket 3 is all-new is an understatement. This time, this big bike is available in two variants – the Rocket 3 R and the Rocket 3 GT. Its predecessor was called the Rocket III, which has changed to Rocket 3.

It’s a subtle change yet so important for easy searching and ease of use. Unlike how people still call the iPhone X the iPhone Ex, no one’s going to call the new Rocket the Rocket Triple I. With me till now? If yes, then let’s tackle the most important bits first.

The Triumph Rocket 3 features the largest production motorcycle engine in the world by any measure. The fact that it is the largest three-cylinder production engine adds to its uniqueness. Compared to its predecessor’s 2.2-litre engine, this motor displaces 2.5 litres (2,458cc to be exact).

As a result, the company claims the engine makes 167HP power, an increase of 19HP over the previous bike’s 148HP claimed figure. The engine’s redline is now set at 7,000rpm while it achieves peak torque at just 4,000rpm.

With a new six-speed gearbox and ride-by-wire throttle, the company has pushed the Rocket 3’s service intervals to 10,000 miles or 16,000km. However, the magic of the Rocket 3 doesn’t stop here.

Triumph claims the new Rocket 3 models are 13 per cent lighter than previous generation models. To this end, the company claims it has high-specification mass-optimized aluminium frame in Rocket 3 models. Make of it what you will.

What is impressive is the use of 47mm rebound and compression-adjustable Showa Upside Down forks up front on either bike. The company has paired it up with a fully-adjustable offset Showa monoshock with piggyback reservoir at the rear.

Either model features 4 riding modes – Road, Rain, Sport, and Rider-configurable (call it Custom). Backlit switches help you toggle between the modes on the fly. Then there’s the switchable Hill Hold Control feature to help you get going on inclines with full loads.

All you need to do is use the front brake lever to activate the feature and the bike grabs its rear brake until it senses that you are starting to move. Not to forget, there’s standard Cruise Control too.

After all, would it be a cruiser if it doesn’t have cruise control? Either bike features keyless ignition and steering lock. Both features work the same way as in cars. The Rocket 3 GT comes standard with heated grips, which are also available on the Rocket 3 R as an option.

The Triumph Rocket 3 has always been a power cruiser, like the legendary Yamaha V-Max. However, it looks like Triumph looked around in Europe for inspiration (I am looking at you Diavel).

I’ll have to admit though that the Diavel looks quite sporty. The Rocket 3 looks muscular and has sporty intentions. However, the two chunky rubber pieces on which it rolls do take away from the sporty bit. Then it’s a good thing that this bike looks like a Street Triple.

The front end of the Triumph Rocket 3 is highlighted by the twin headlamps that remind me of its predecessor. A small fender up front adds a dash f sportiness to the bike. Since it is a cruiser, the engine of the Rocket 3 is on full display at all times.

On the right side of the bike, you can see the three chunky exhaust headers that lead into three outlets, two on the right and one underslung unit on the left. These bits lead directly to the all-new single-sided swingarm of the Rocket 3.

In terms of occupancy, the Rocket 3 makes use of a twin-piece saddle that looks shorter in length (in pictures) than the fuel tank. The rear brake disc and the final shaft drive have been relocated to the left side to make the single-sided swingarm look neat and tidy.

A rear tire hugger also acts as a mount for license plate. Brushed aluminium pieces have been used liberally on the bike to break the monotony and it all works too.

The biggest surprise for you comes when you swing your leg over the new Rocket 3. It gets a full-colour digital TFT instrument cluster. Triumph claims this unit is angle-adjustable and gets two information layout themes.

When equipped with the optional Bluetooth connectivity module, this system helps with turn-by-turn navigation. It also enables operating your phone via the bike’s switches, be it for controlling music or making calls.

Most importantly, this system enables fitment of GoPro camera system and allows camera operation using bike’s switchgear. Lastly, you can also equip either bike with tire pressure monitoring system and Triumph Shift Assist for clutchless up and down-shifts.

Is the Triumph Rocket 3 worth consideration?

Honestly, this question is a little tough to answer when I don’t have info on a few important factors about the Triumph Rocket 3. First of those factors is price. Second is the availability in different markets. Third is the variants Triumph brings to each market.

However, both bikes feature adjustable footpegs that should make them usable on a daily basis. Let me answer this question a bit differently then. If I want a motorcycle that is the least like a Harley and still leaves a strong impression, the Triumph Rocket 3 will be in my short list alongside the Diavel.

Before you scoff at that thought, just think about this – when was the last time you brought an Italian product to the table and didn’t gravitate towards it right off the bat? Ultimately, I am talking about first impressions here based on information available and in this department, the Rocket 3 scores high.

I don’t expect the bike to be cheap by cruiser standards. It has the world’s largest production motorcycle engine and a high price tag is justified in such a case. Secondly, it will have a unique character of its own.

Trust me when I say this – Triumph’s inline-triple’s sing a song that people will find difficult to dislike. I only had to ask a gentleman to fire up his Street Triple RS to know why I fell in love with Triumph in the first place. I think you will face a similar scenario down the line and will draw similar conclusion as mine.

So, all that’s left to really address is the availability of either model in different markets, India included. When I get that information, I’ll be first to update this story here. I think it will be available in various markets quite soon.

If you can wait for a little bit on your power cruiser purchase, I suggest you to consider this bike. This bike is to cruisers what Hayabusa is to sportbikes – a landmark that will stand for years to come, no matter what. For that, I think you can hold off your purchase for a bit.

Triumph Rocket 3 – Specs at a Glance