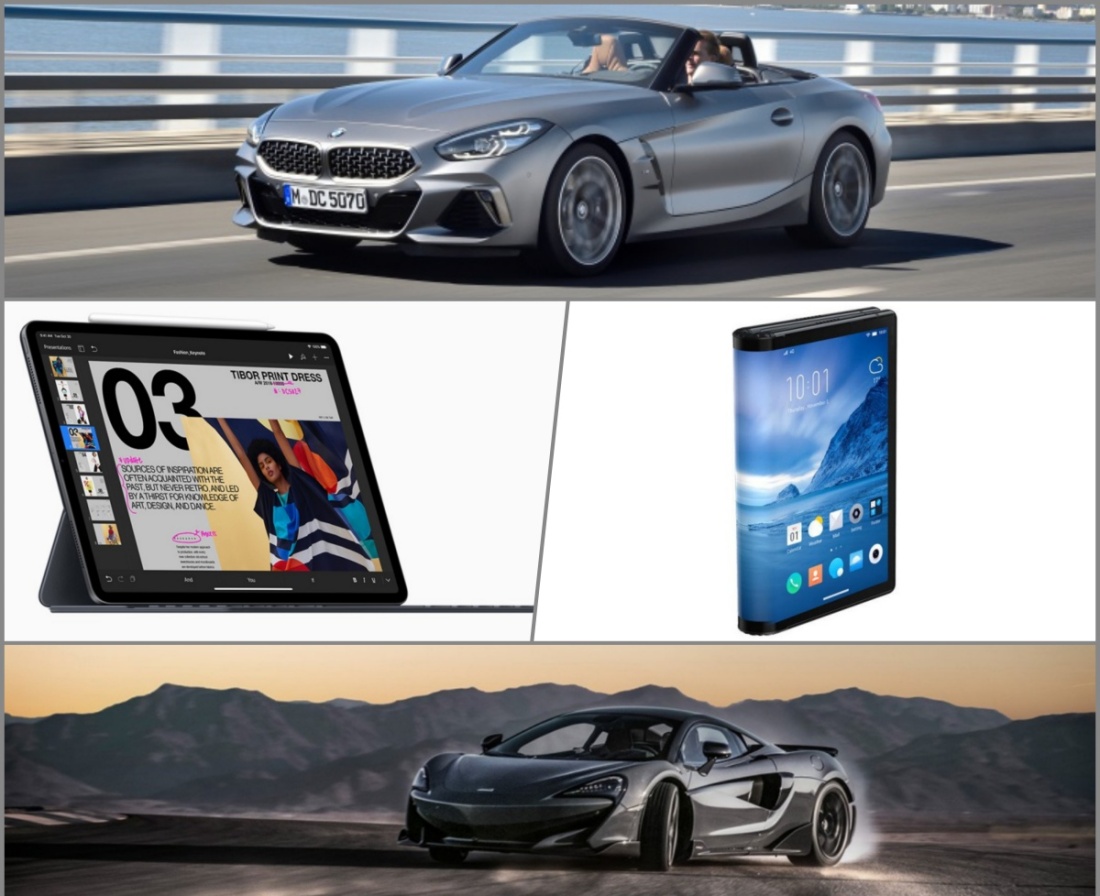 Hello everyone and Happy 2K19. It was one of my late ideas of not doing a month-ender for December when I can do a Happy New Year post. Helps break the monotony somewhat, don’t you think? By the way, check November’s story out here. Anyway, before I announce the Automobile and Gadget of the Month winners for December, I want you to know that I will also touch upon two most promising products I covered in 2018. But first, time for a quick warm-up. 😀

2K19 Resolutions – I have none and don’t plan on having them either.

Anything new for 2K19 – I am considering a video channel. Will tell more when I have figured it out.

Any parties – No, I am a boring person in that sense.

One thing to improve in 2K19 – Become better at short talks.

Enough for a warm-up? If not, there’s a lot more coming. More like I am starting a bonfire. Gather ’round everyone!

The choice is tough. There are many great vehicles around, regardless of their wheel count. However, it all boils down to one factor – how impactful is a vehicle in its segment or the industry as such? It is here that 2019 BMW Z4 does great. It is a two-seat roadster, a vehicle type that is struggling to stay relevant.

Most two-seat roadsters (or even coupes) have moved on to become GTs. You know those 2+2 seating with rear bench practically unusable? Two-seat Roadsters? Boxster, MX-5 Miata/124 Spyder, SL65 are the few prominent ones. Will the new Supra join these names? I have no idea. I do know this – a big player like BMW reviving an old model range is a sign to everyone. That sign says, “Take risks for they may define you.”

I read the reviews too. None of the reviews decries the Z4. Instead, almost all feel it is a sporty BMW done right (check them out – here* and here**). Search for BMW reviews on Google and you’ll how much that statement means to BMW, its fans, and enthusiasts. The Z4 earned its award and I stopped reconsidering the decision once reviews came in.

Gadget of the Month – Royole FlexPai

Well, this was a no-brainer. The FlexPai was the only smartphone talked about in December, what with the year-end leading all smartphone makers to reveal new stuff in 2K19. Nevertheless, a few reasons do make it a compelling choice. First, it is foldable. That in itself may not be a big deal unless you consider that it can be bought. It isn’t cheap to buy as it costs over $1,000 and, to those outside China, is available as a developer device only.

It is the first smartphone announced with Qualcomm Snapdragon 855 chip. By the time this post goes live, this phone will likely land in some lucky hands. It may not be fit in your pocket as a foldable device, but that shows how difficult executing a foldable smartphone is. But a company like Royole building one is a sign that it is not impossible. Will we get a wave of foldable smartphones soon? I don’t know but I think you would want one, wouldn’t you?

With that done, let me touch upon the two products I feel hold the most promise. The only condition is I should’ve covered the product in detail. Here goes:

Don’t mistake this as an endorsement for a supercar. The 600LT is the literal definition of punching above one’s weight class. Firstly, answer this honestly – did you ever guess that a Sports series model from McLaren will get the LT treatment? I ask this question for a simple reason – the 600LT is a more powerful 570S.

The 570S was Motor Trend’s Best Driver’s Car of 2016*. That’s no easy feat when a certain SCCA Hall of Fame driver called Randy Pobst is blasting across Mazda Raceway Laguna Seca lap after lap. A 570S that breathes literal fire is bonkers. More than the Senna or the 720S, the 600LT shows how to do sporty right. For many, there is no successor to the P1.

But I’d reckon the 600LT is almost that. That’s the point of this car – to show how great sporty feel when done right. This car will likely define how McLaren approaches road cars from this point on. A benchmark? Definitely. Best from McLaren? A sign that more is yet to come.

This is also why you should start looking for second-hand 12Cs – to enjoy McLaren’s secret sauce. It ain’t beautiful in the traditional sense. However, who cares when automakers are selling ugly crossovers like hot cakes

Never in a million years did I think of mentioning an Apple device here. I feel Apple charges you a hefty premium to buy its device, then some more for accessories. If you are unlucky, you will likely shell out a bomb to get your Apple product repaired. In this light, the iPad Pro seems like a misfit here. Except it isn’t.

The iPad Pro is an ambitious project. To me, it is Apple’s gamble to take on the Surface Pro hybrid from Microsoft. It hasn’t gone the full hybrid route yet, but it holds immense promise. The only thing keeping the iPad Pro from realising its promise is its software. Yes, iOS keeping getting better as time passes. However, it is an OS meant for the iPhone. Currently, the iPad range functions like a massive screen iPhone than a tablet.

The above statements should not be taken as a mark against the iPad Pro. It is a highly capable device. The fact that it is nearly as portable as a regular iPad is great. The only factor left is Apple’s dedication to turning this machine into something different. That is why I think it is the most promising device to come out in 2018.

New year means new stories. That means time for me to keep a lookout for new things on the market. Thank you for taking out time to read this Year Starter and I hope you will like what I do here. Feel free to share your feedback and make this website better. Don’t forget to check out my Medium page for some off-beat stories. See you soon with a bunch of new stories here at Autocratech!

*Hey Motor Trend! Thanks for some great reads. Hope you don’t mind me mentioning a couple here.

**Hey Autocar UK! I hope it’s fine if I use one of your great stories here.