Lamborghini and Porsche seem to be in a war of Nurburgring lap times. First, it was the Porsche 918 Spyder. It was trumped by the Lamborghini Huracan Performante. Porsche then beat Huracan Performante’s time with the 911 GT2 RS (its less powerful cousin won Autocratech’s Automobile of the Month award for May). Now, the Lamborghini Aventador SVJ has beat the GT2 RS’ Nurburgring Nordschleife lap time by going around the circuit in 6:44.97 minutes. Is such a car only for track nuts? If not, then who is it for?

The Lamborghini Aventador SVJ is an Aventador in its base form. Why did I mention that? To communicate the simple fact that if any one doesn’t like the base Aventador, this car may change their opinion of Lamborghini’s halo car. Let’s get back to the important question of what makes the Aventador SVJ special.

Firstly, it is the name. The SVJ in the name stands for Superveloce and Jota. Superveloce means super fast but that Jota bit has some history to it. The Miura P400 was the first time Jota suffix was attached to a Lamborghini. The Miura P400 Jota met FIA’s Appendix J racing regulations and Jota is the Spanish pronunciation of the English letter J.

Next up is the car itself. The Aventador is a fast car and there is no doubt about it. It even received the SV treatment in 2015. At that time however, the Huracan Performante was yet to exist (it became real in 2017). The regular Aventador then got the S treatment in 2016 and it was just 10HP short of Aventador SV’s 750HP power output. 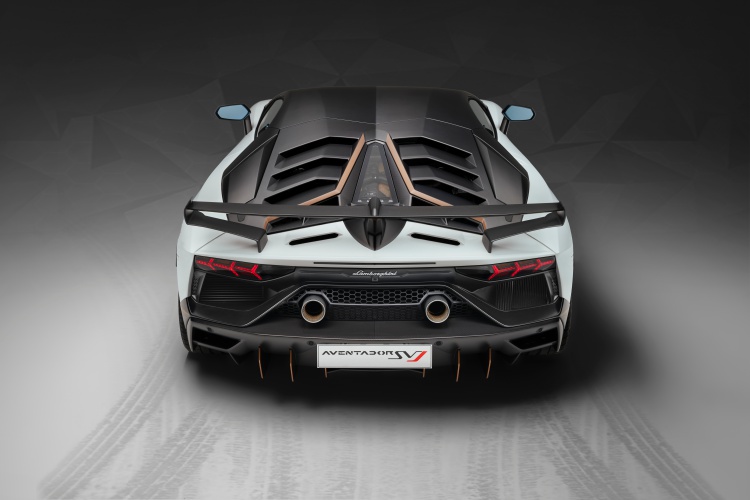 Improved underbody design now features vortex generators. These work with front and rear diffusers (along with divergent fins) to contribute the remaining 30 per cent to the car’s improved downforce. That new rear wing helps as well by providing vertical downforce when ALA is off and providing aero vectoring.

The new engine lid of the Aventador SVJ has fins that can open up partially or fully. When open fully, they negate the rear wing’s aerodynamic effects. When open on either left or right side, they help the rear wing with its aero vectoring effect. This should answer any questions about the unorthodox shape of the car’s rear wing. 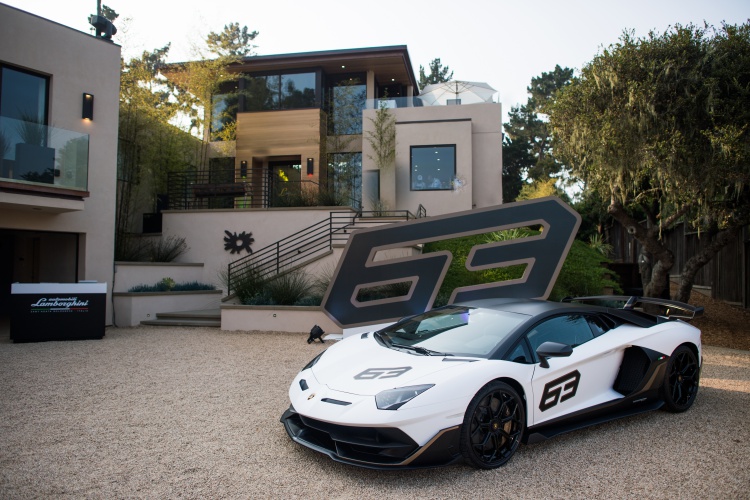 Mechanically, Lamborghini was able to squeeze even more power out of its 6.5-litre V12 engine. New front side fins and bigger side intakes help improve engine cooling. The engine features a new titanium intake valve (with different shape intake runner and length) and modified cylinder head duct. The exhaust system has reduced backpressure and its outlets are mounted higher in the rear bumper for reduced length (and reduced weight). 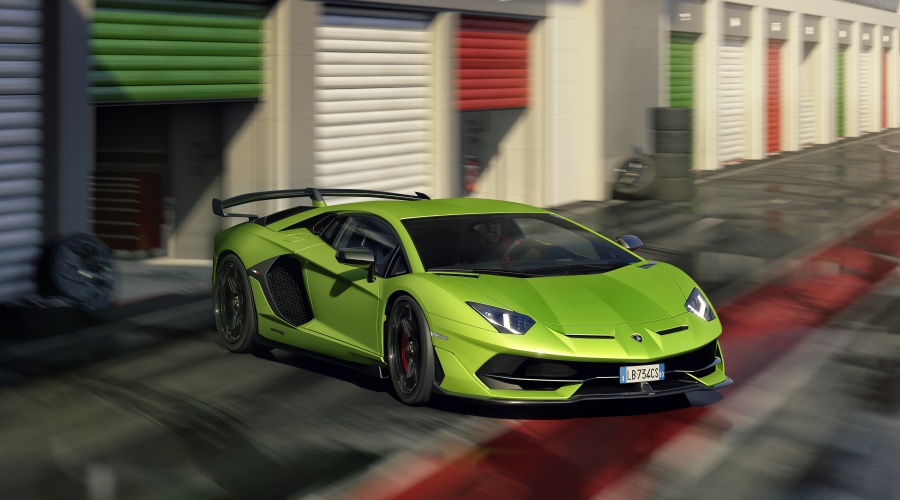 The Lamborghini Aventador SVJ’s engine makes 770HP power and 720Nm torque (20HP and 30Nm more than Aventador SV). It sends this power through a seven-speed automatic gearbox to all four wheels via a Haldex Gen-IV system. Then there are weight-saving measures to account for – lightened front and rear bumpers, carbon fibre engine lid, aluminium hood that feature on an already-light chassis of the car (made out of carbon fibre with aluminium front and rear frames). Result? Dry weight of 1525kg resulting in 0-100kmph time of just 2.8 seconds. Top speed? Over 350kmph. Braking? 100-0kmph in 30m.

The car features double-wishbone suspension setup at front and rear ends. This setup is coupled with push-rod magneto-rheological active dampers at all four wheels. These dampers have been recalibrated and work in conjunction with 50 per cent stiffer anti-roll bars for better all-around body control. The front brake discs measure 400mm and have 6-piston calipers while the 380mm discs at rear get 4-piston calipers. 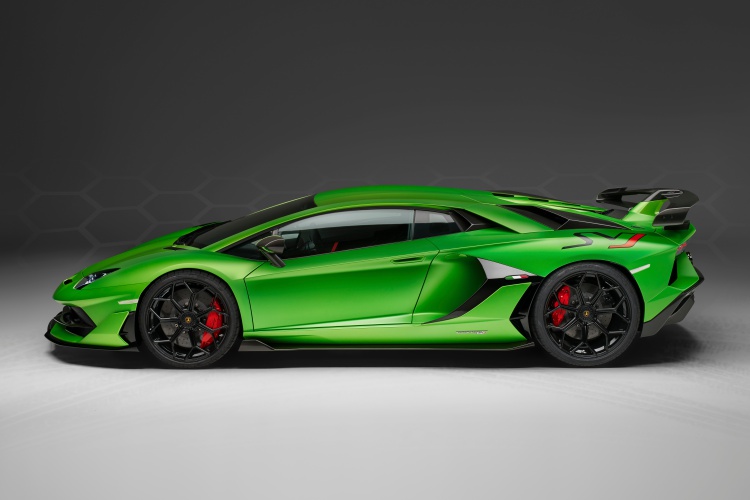 The four-wheel steering system on the Lamborghini Aventador SVJ has been improved. The all-wheel drive system has improved torque split (compared to Aventador SV). Lastly, there are new Pirelli P Zero Corsa tires on the car or buyers can even option up to street-legal Pirelli P Zero Trofeo R tires.

Is the Lamborghini Aventador SVJ worth consideration?

Here’s the deal about the Lamborghini Aventador SVJ. It will be limited to 900 units globally. That makes it exclusive alright, but that also means that most buyers of the car will be collectors. How many will flip this car for profit and how many will actually drive it like it is meant to be driven is anyone’s guess. 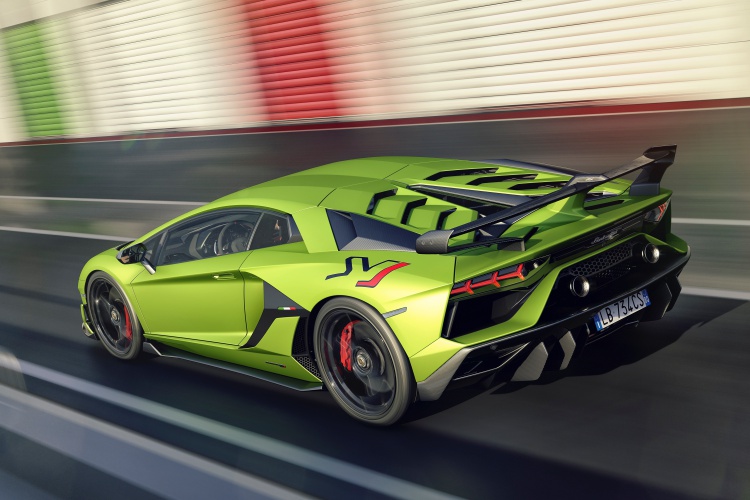 Those who have money should consider it. However, outside of its exclusive nature and those extreme looks, it will likely not be as easy to live with as the ‘regular’ Aventador S (S and regular don’t compliment each other here at all). Its suspension will likely be hard, and its underbody will likely scrape on a bumpy road. It will not likely be as friendly for a road trip as the Aventador S as it has been built for fast track times, not for mile-munching.

However, so is the case with most other supercars/hypercars. The fact is this – the Lamborghini Aventador SVJ isn’t exclusive but a monumental car for its maker. It makes good on its promises of both being superfast and being ready for the race track. Any Lamborghini is a drool-worthy car. The Aventador SVJ? It’s drool-worthy and exclusive and that’s an impossible-to-ignore combination.