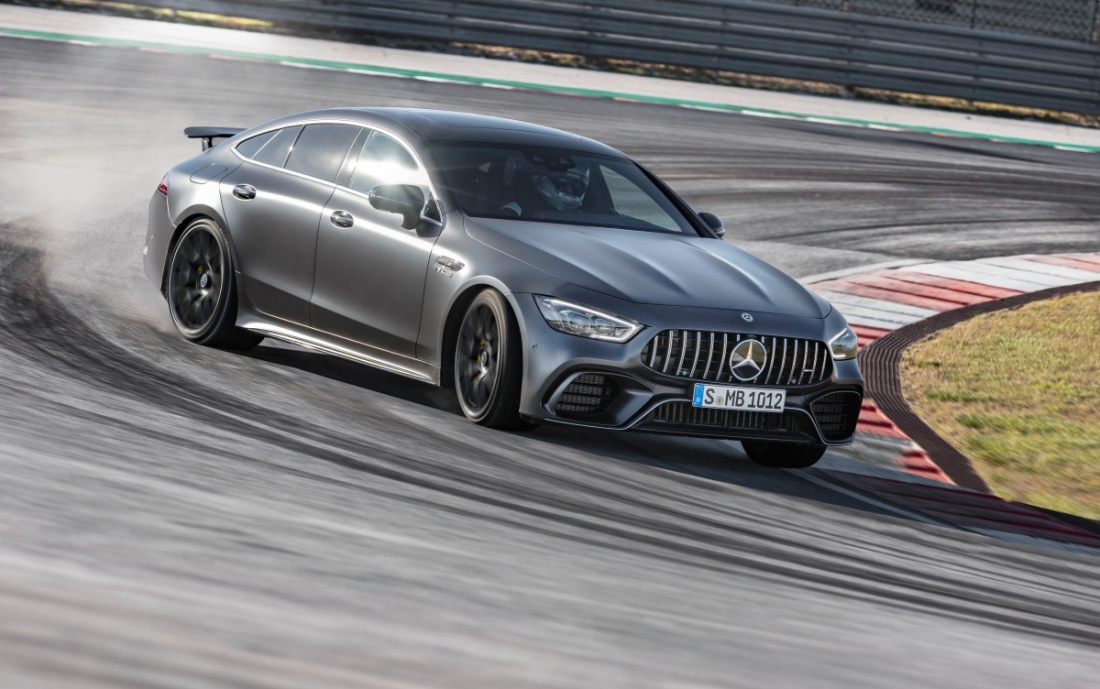 If I didn’t know any better, it seems four-door coupes are going to be trendy soon. The Mercedes-AMG GT 4-Door Coupe is a proof of that assumption. Calling it a cross between Mercedes-AMG GT and Mercedes-AMG C 63 S isn’t going to to cut it either. The AMG GT was Mercedes exorcising itself of SLS AMG’s demons (those Gullwing doors were nice but impractical and spat in the face of ergonomics). The C 63 S is its own vehicle, a part of C-Class range only due to that C bit in the name. It is as much a C-Class car as the Dodge Challenger GT AWD is a muscle car for muscle car fans (enough of my rant!) Coming to the AMG GT 4-Door Coupe, what is it really? More importantly, should buyers wait for its arrival?

For me, the Mercedes-AMG GT 4-Door Coupe is a competitor to the Porsche Panamera. It has four doors, sporty intentions and the Mercedes-AMG in its name (not Mercedes-Benz, mind you). If that doesn’t scream Panamera rival, I don’t know what does. Unlike the Panamera though, it has a coupe roofline (Mercedes-Benz CLA haters will likely hate this too). Unlike the Panamera whose roofline almost merges into its boot, the AMG GT Four-Door Coupe’s boot stands out quite a bit. 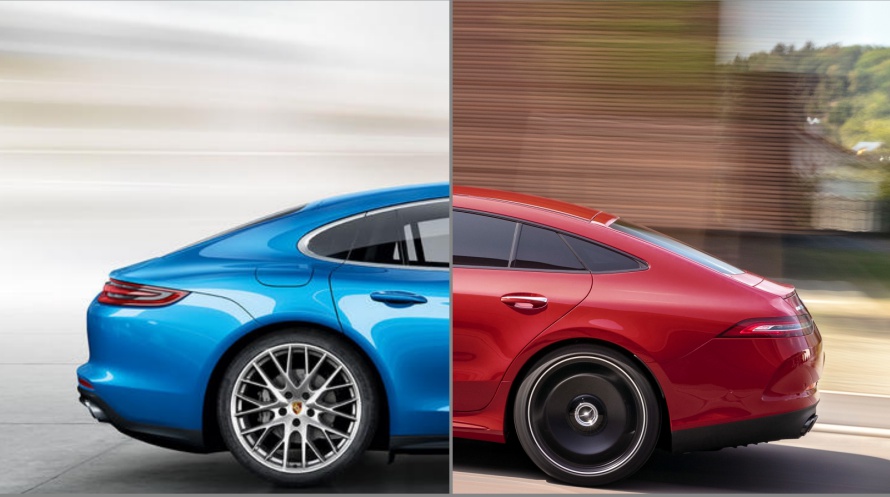 The fact here is this – the Mercedes-AMG GT 4-Door Coupe looks amazing. Part of it has to do with styling elements from the AMG GT coupe (like the grille). The alloy wheels seem to be inspired by those on the S-Class. That coupe roofline may not leave enough head room for tall people in the rear seat but it does give it a clean, fast car feel. Too bad there is no V12 engine offered under hood. Instead, the AMG GT Four-Door Coupe makes do with either an inline six-cylinder or a V8 engine. 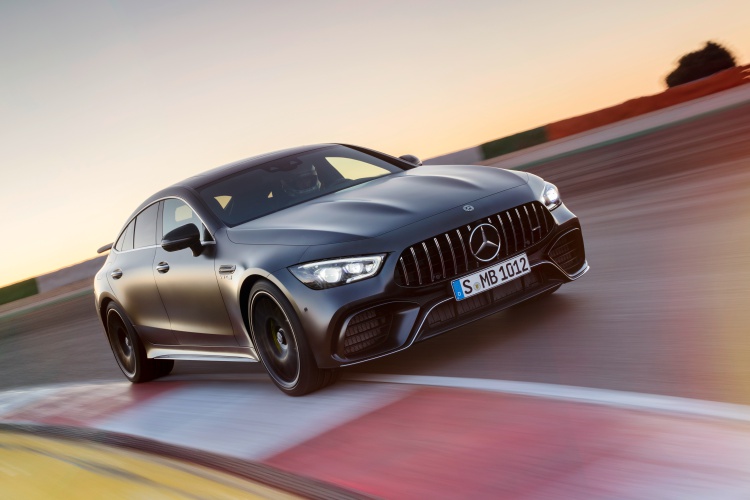 Before getting into the mechanical details, let’s also talk a bit about the interior of the Mercedes-AMG GT 4-Door Coupe. The interior of this car is a luxurious place to be in. When I say luxurious, I don’t just mean S-Class-type luxurious. The triple-layer dashboard design with the top and bottom layers finished in leather. 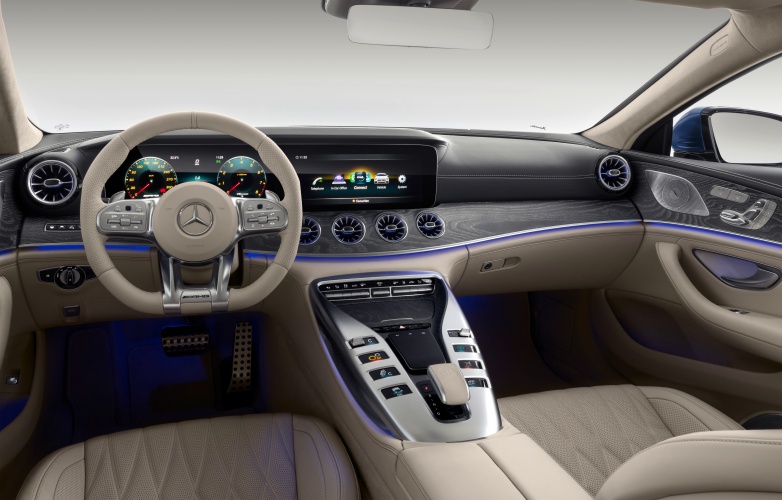 There is ambient lighting inside the car and the brushed metal inserts can be seen in spots like A/C vents, centre console, and steering wheel. The highlight of the interior are dual 12.3-inch displays with MBUX interface. These are complimented by capacitive controls on the centre console. This car’s interior is on a different level altogether. 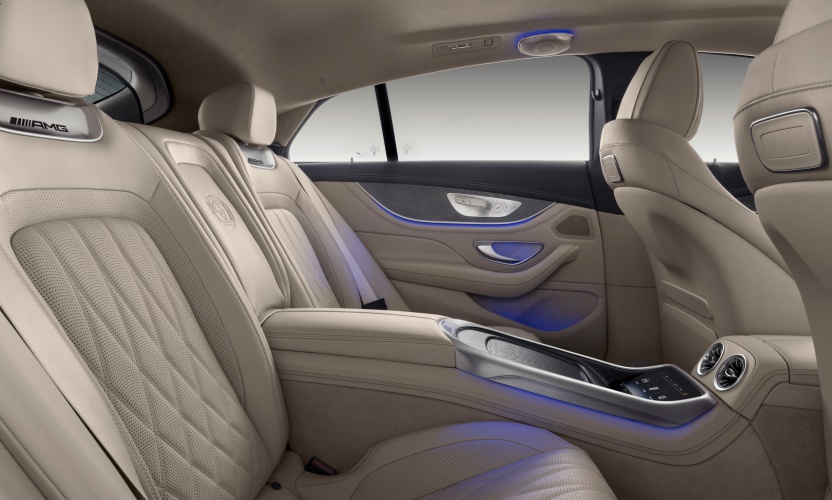 The Mercedes-AMG GT 4-Door Coupe will come in 63 S, 63, 53, and 43 guises. Two engines will be tasked to power these guises. The 43 and 53 models will be powered by an 3.0-litre inline six-cylinder engine with a turbocharger and an electric compressor with AMG Speedshift TCT 9G automatic gearbox. 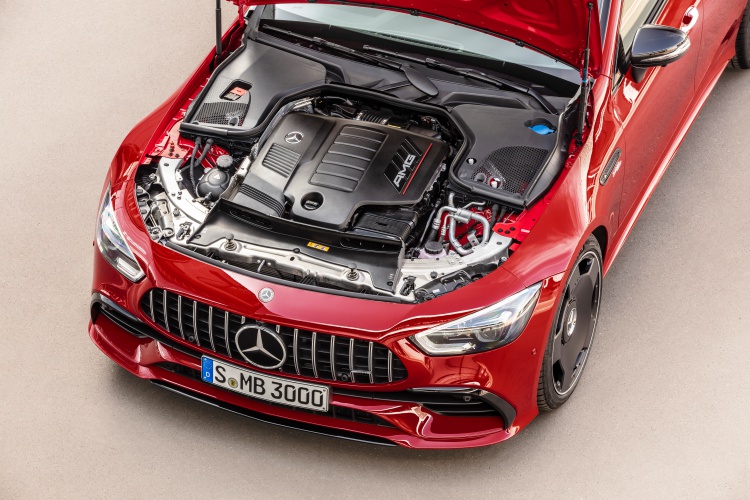 The 63 and 63 S guises will be powered by a direct-injected twin turbocharged 4.0-litre V8 engine with AMG Speedshift MCT 9G automatic gearbox in either application. Every model will have AMG Performance 4Matic+ all-wheel drive system. The 63 S model will additionally get a Drift Mode. All cars, regardless of the model, get active rear-wheel steering feature. 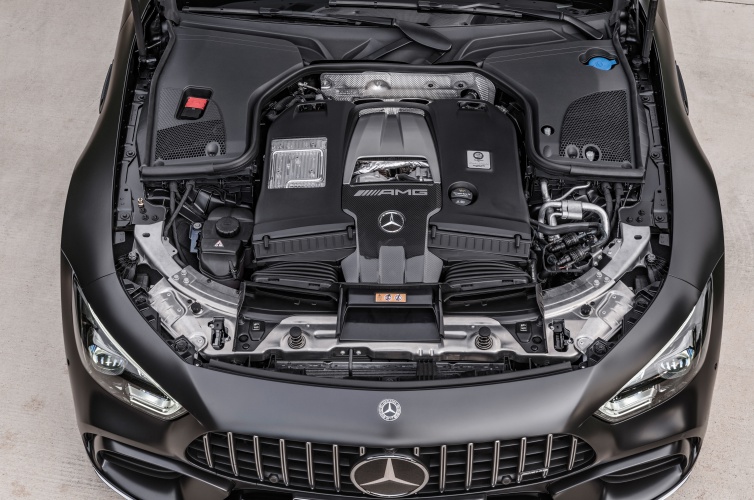 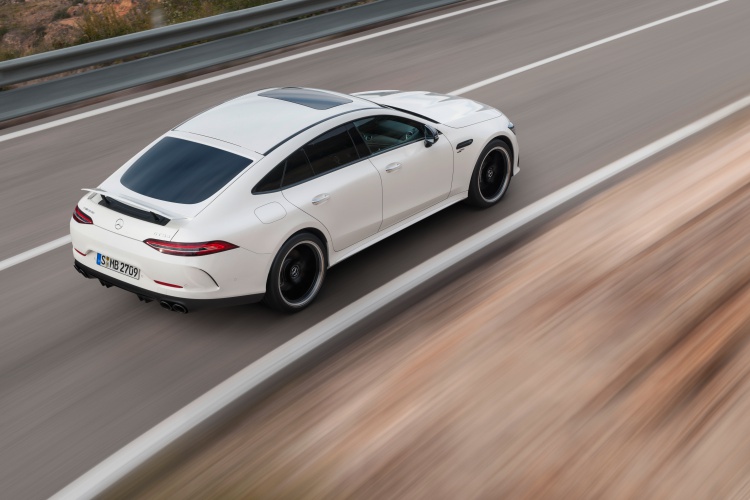 Is the Mercedes-AMG GT 4-Door Coupe worth consideration?

The answer to this question about the Mercedes-AMG GT 4-Door Coupe depends on one crucial factor – which model is brought to India. The car is priced like a supercar. Given the fact that it will come to India as a CBU, bringing the V8-powered models will likely make most sense on its maker’s part. While the six-cylinder engine models are no slouches or lacking in creature comforts, they may not be perceived by buyers to be as bonkers as the V8-powered models. 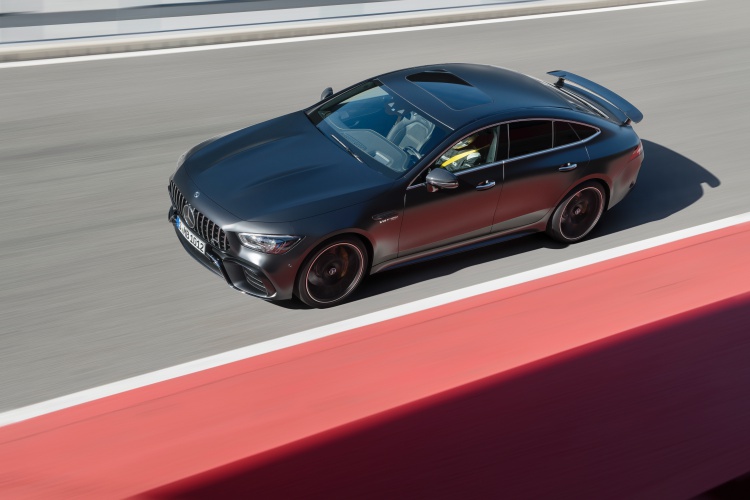 There will be people who would consider this car alongside the S-Class, the 7 Series, and the A8. I can’t say much about Audi but I do know that BMW 8 Series will be considered as a rival for this car as well. Whatever may be the case, the Mercedes-AMG GT 4-Door Coupe will have only one true rival for the foreseeable future – the Porsche Panamera. 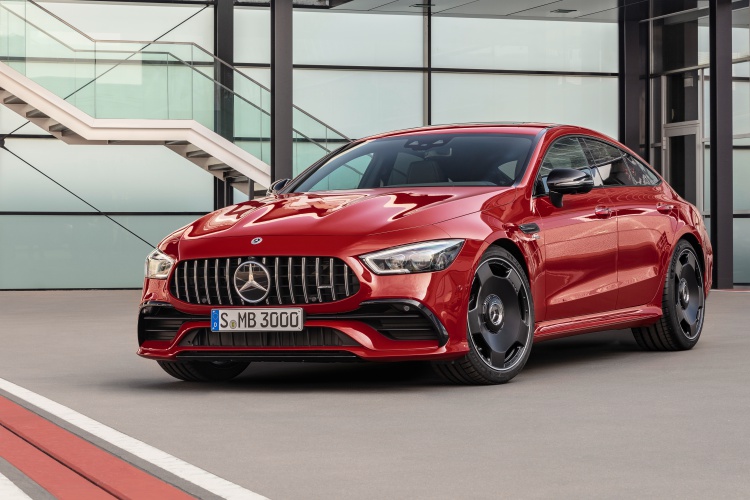 Who knew the idea that started with the CLA would one day lead to this? I am glad though that Mercedes stuck with its four-door coupe idea for so long. If it keeps looking this good, then long live the four-door coupe!