The entry-level mid-size sedan segment once was known as the Honda City segment. Today, it is known as the Maruti Suzuki Ciaz segment. Despite selling less units these past few months, the Ciaz used to outsell its chief rivals, the Honda City and the Hyundai Verna. Over time, the revised City and the all-new Verna made life for the Maruti sedan difficult. No more as the Maruti car has undergone a few revisions now. Yes folks! The Maruti Suzuki Ciaz now gets a new face, more features, and a new engine. Do all these make it as good a car as the one it replaces? Was the revised car worth the wait and excitement?

*all prices ex-showroom
**Mileage as per ARAI

Bear in mind that the new Maruti Suzuki Ciaz is a revised car and not an all-new model from the ground up. On the outside, the styling elements give it the feel of a new car (mission accomplished). The front of the Maruti Ciaz gets a new grille with chrome outline on top and bottom parts. This grille merges neatly into the new projector headlamps (halogen units on Sigma and Delta trims, LED ones on Zeta and Alpha variants) which now get integrated LED DRLs. 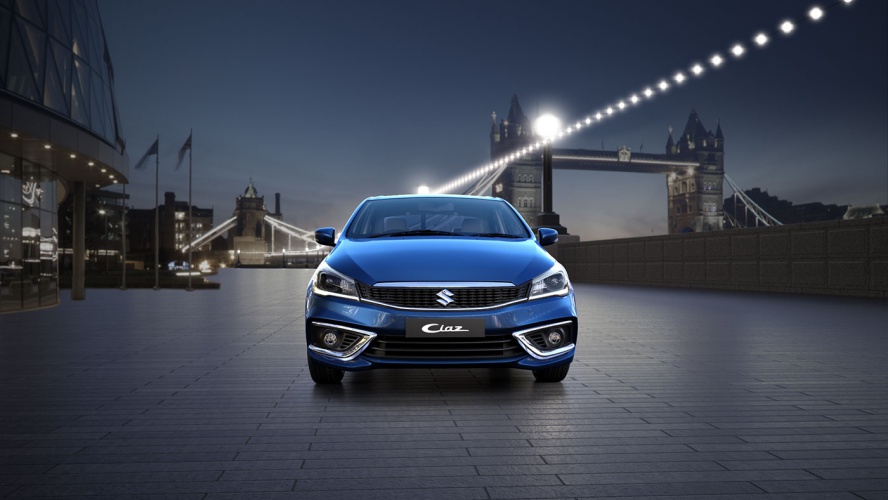 The front bumper has been restyled with C-shaped chrome inserts around fog lamps (LED units). The central air dam gets two-slat treatment. The 12-spoke alloy wheels are new too (15-inch units on Delta and Zeta trims, 16 inchers on Alpha variant). The taillamps’ shape hasn’t changed. However, they have been revised as well and now have twin LED inserts. A chrome strip bridges the gap between the tallamps and runs across the upper edge of number plate housing. Reflectors on each side of rear bumper also get chrome surrounds.

Inside, the new Maruti Suzuki Ciaz gets the same beige-black colour scheme as before. The dashboard layout is the same too but there is wood insert in the area that bridges the black and beige parts of dashboard and door trims. The steering wheel gets more buttons than before (more on this in a bit). The instrument console has black background with white lettering and blue needles. The Multi-Information Display (MID) between tachometer and speedometer is a coloured TFT unit (petrol only).

The new Ciaz gets two engines. Both are mild-hybrid units. However, the centre piece is the all-new K-Series (K15) petrol engine with dual overhead cams. It has 1.5-litre displacement and the mild-hybrid system endows it with Idle Start-Stop, Torque Assist, and Brake Energy Regeneration features. This engine makes 105HP power and 138Nm torque. It comes mated to either a 5-speed manual or a 4-speed automatic gearbox. It complies with BS-IV emission norms, and its mileage has been rated at 21.56kmpl (manual gearbox) and 20.28kmpl (automatic transmission). The diesel engine is the same as before, as are the dimensions of the car (see the table above for detailed specs of petrol and diesel models).

Is the Maruti Suzuki Ciaz worth consideration?

The answer to this question is not as straight-forward as it seems. For one, the new Maruti Suzuki Ciaz has some clever features. One of them is the Speed Alert System that alerts the driver when the car is above 80kmph speeds with a double beep and above 120kmph with continuous beeping. Also new is the Seatbelt reminder for both front occupants. Not to forget, this is the only car that still remains the only hybrid car in its segment (even if it’s just a mild hybrid vehicle). Those buttons on the right spoke of steering wheel? They are for cruise control (new to this car). Lastly, it costs less than all its rivals. 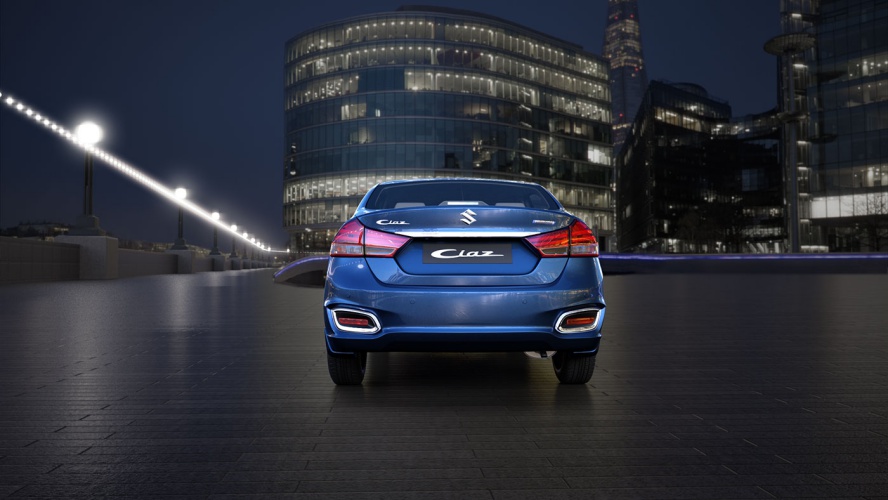 With all those things said, the Ciaz is playing catch-up. It still makes do with dual front airbags only while its rivals have 6 airbags. It has new engines but they are not among the most powerful ones in the segment (the Ciaz 1.5-litre petrol barely trumps the Verna’s 1.4-litre petrol in power). Also, two of its chief rivals get electric sunroof, but it does not have it yet (it may not be necessary but is desirable). In short, it does not have as many stand-out features as buyers may have been looking for.

This helps Maruti Suzuki in pricing it competitively. However, it loses out to its competitors in some crucial ways. It does not have convenience features like Verna’s cornering headlamps or the Yaris-like roof-mounted rear A/C vents or City’s tilt/telescopic-adjustable steering wheel. These misses do weigh heavily against the car as Maruti took its own time bringing it to the market. For all the Ciaz buyers out there, do consider this car but take its rivals for a spin too. They may cost more than this car but they do offer something more for the price premium too.