Porsche, Lotus, and Spyker are some names synonymous with sports car making. McLaren Automotive joined them in 2010 as a revived sports car maker. Today, its product lineup consists of vehicles spread across three categories – Sports, Super, and Ultimate. Which of these categories does the McLaren 600LT fit into? Here is a hint – This car costs US $2,40,000 (approx Rs 1.64 crore at current exchange rate). A more important question is whether it is worth consideration above a Porsche or its other rivals?

What’s new about the McLaren 600LT?

Before discussing anything, let’s talk about that LT bit in the name. It stands for Long Tail and means the car’s rear body work has been stretched. Originally used on the 1997 F1 GTR race cars, their long tail bodywork helped them maximize downforce.

The transformation from 570S to 600LT has not brought about design changes. What McLaren has done is enhance the appearance and aerodynamics of the latter. To that end, the front track of the car has been widened by 10mm. The 600LT sits 8mm lower to the ground than 570S. The exhaust pipes of the 600LT have been repositioned ahead of the fixed rear wing (top-exit arrangement). the car’s side air intakes (made of carbon fibre) have been enlarged by 15mm.

The front bumper now has a carbon fibre splitter for maximizing downforce. Behind the front splitter is a new carbon fibre floor with blades to help generate downforce. Within the floor are two more intakes that direct air to the brakes. The rear diffuser of the McLaren 600LT has also been given the carbon fibre treatment. 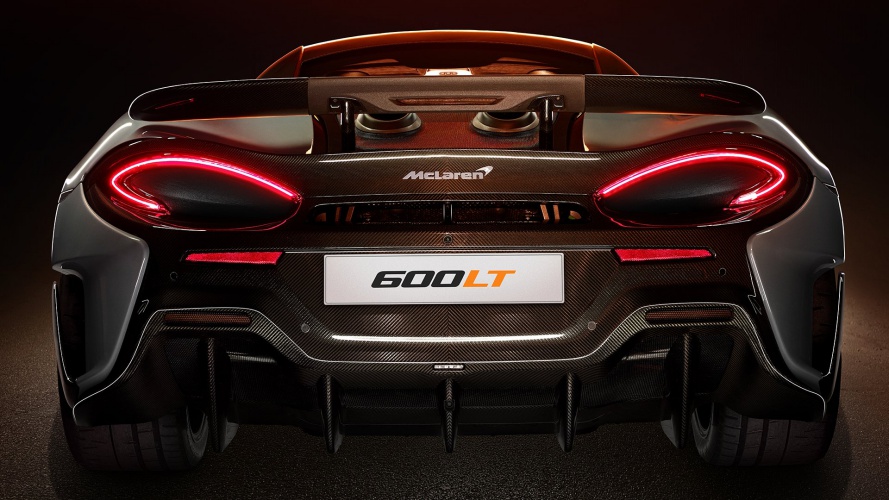 Due to extensive use of carbon fibre and other weight-reduction tricks, the 600LT is lighter than the 570S. However, all this is just one part of the story. The next part of the story is the car’s reworked mechanical bits. 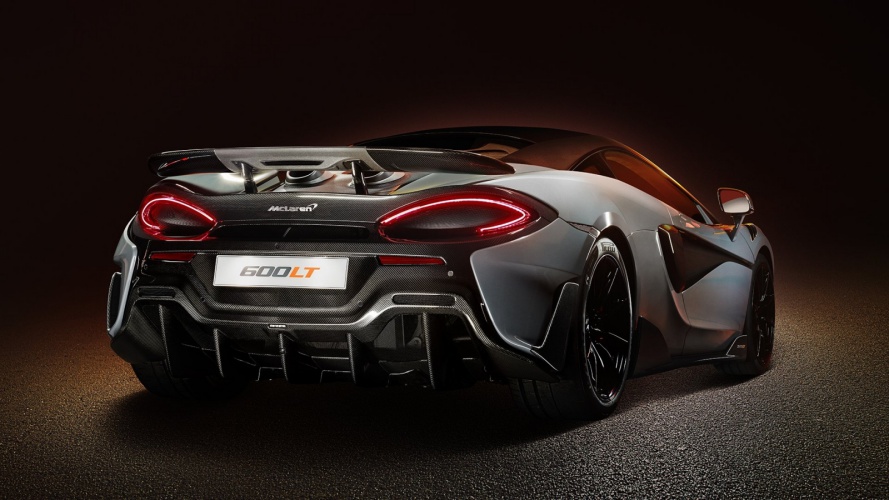 The McLaren 600LT is powered by a DOHC, 32-valve VVT twin-turbo 3.8-litre V8 engine (same as the 570S) that makes 600HP power and 620Nm torque. That is an increase of 30HP and 20Nm over the 570S. The higher numbers result from larger air intakes, reduced exhaust back pressure, new camshafts and a recalibrated ECU.

The car has a seven-speed Seamless Shift dual-clutch gearbox that sends power to the rear wheels only. The Ignition Cut feature in Sports Mode helps the gearbox deliver a dramatic experience to the driver by cutting ignition spark during a gear shift. The 600LT – specific launch control system helps the car go from 0-100kmph in just 2.9 seconds and helps it touch a top speed of over 320kmph (200mph+).

Is the McLaren 600LT worth consideration?

Getting to the last pat of the story, is the McLaren 60LT worth consideration? The 600LT debuted at the 2018 Goodwood Festival of Speed. The McLaren 570S, on which the 600LT is based, has been praised around the world for its capabilities. So much so that Motor Trend named it their 2016 Best Driver’s Car*. That is no mean feat for the 570S and that means the 600LT is going to be a car to watch out for.

The McLaren 600LT takes an already accomplished bonkers car and turns its craziness up a few notches. On its way there, it takes some parts from the million-dollar Senna (Ultimate series car) and the 675LT (Super series). 23 per cent parts on the McLaren 600LT are all new (when compared to 570S). That top-exit exhaust system, for instance, is more extreme than the one on the mental Senna.

The 600LT among its LT brethren

The McLaren 600LT makes its owner feel special, This car is inspired by some of the best modern day cars like the McLaren P1 (styling-wise) and the 675LT and F1 GTR LT (two highly sought-after cars). For those who can afford it, register for one today. It is a take-it-or-leave-it deal where the ‘take it’ bit is the right choice. After all, there is a Pure McLaren Road owner Track Day experience with driver training included in the package as well. Too sweet to miss, right?

*Thank you for a great story Motor Trend. Your good work inspires us to do the same