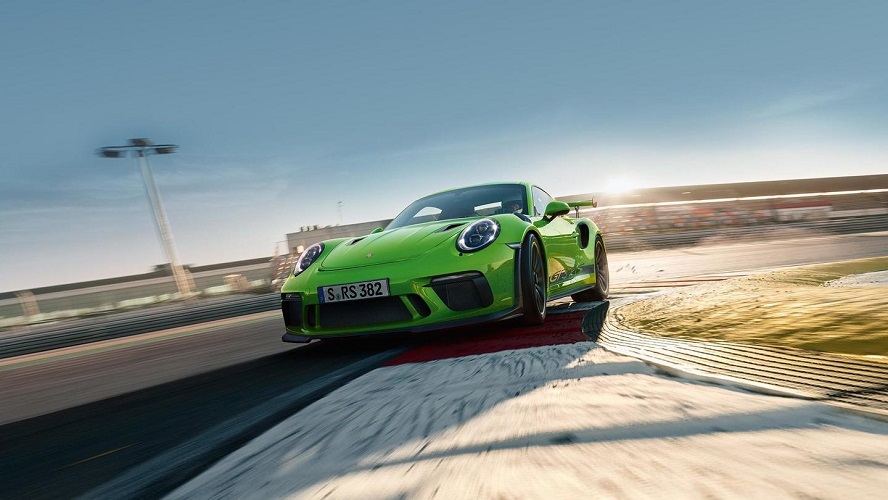 Porsche is one of the most well-known sports car makers in the world. The automaker is known for some critically-acclaimed cars like the Cayman, Boxster, Panamera and the famed 911 range of sports cars. Speaking of the 911 range, a new member has been added to its line-up in India. This new member is the 911 GT3 RS or the 911 GT3 on steroids (which itself is pretty bonkers). This car has been launched in India for a price of Rs 2.75 crore (ex-showroom).

Like mentioned earlier, the 2018 Porsche 91 GT3 RS is the 911 GT3 on steroids. This means it has the same flat-six, naturally-aspirated 3996cc engine as the GT3 and goes all the way to 9000 rpm. However, in comparison to the ‘lesser’ car, the GT3 RS has a power output of 520HP and torque output of 470Nm (20HP and 10Nm more than the GT3). Unlike the GT3, which is available with both a 6-speed manual and a 7-speed PDK dual-clutch automatic gearbox, the GT3 RS is available with the latter as the only option. This helps the car sprint from 0-100 kmph in just 3.2 seconds, 0.2 seconds faster than the GT3. 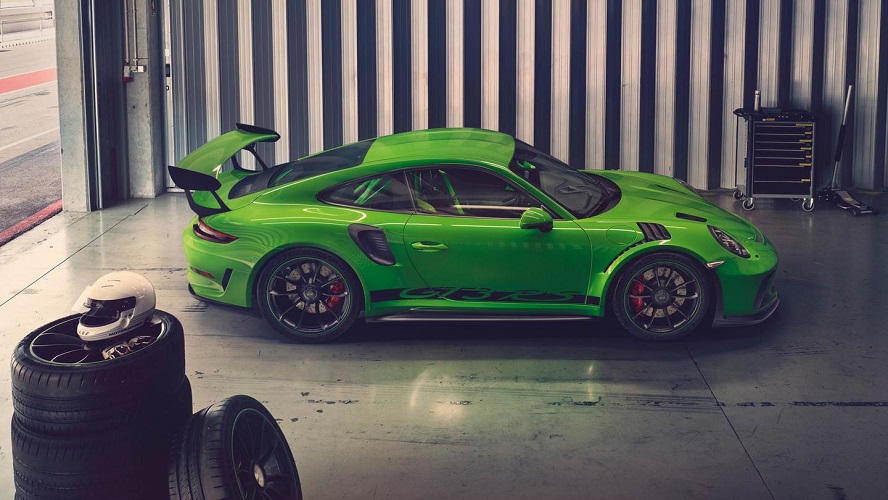 The GT3 RS can reach a top speed of 310 kmph. It has 380mm six-piston brakes up front and similarly-sized four-piston brakes at the rear. There are Porsche Stability Management (PSM – Stability Control and Traction Control), Porsche Torque Vectoring Plus (torque vectoring by braking), and Porsche Active Suspension Management (with Normal and Sport modes) systems on the 911 GT3 RS. The car also has rear axle steering that turns rear wheels in opposite direction of front wheels at low speed (virtually shortening the wheelbase) and all four wheels in the same direction (elongating wheelbase for enhanced stability).

The 911 GT3 RS uses a few weight-saving measures. Its frunk lid, front wings, rear lid and spoiler are made from Carbon Fibre-Reinforced Plastic (CFRP). The front and rear aprons are made from lightweight polyurethane. There is lightweight glass for the rear windscreen and rear side windows. The car’s roof is made from magnesium and it has a titanium rear silencer. But that’s not all. 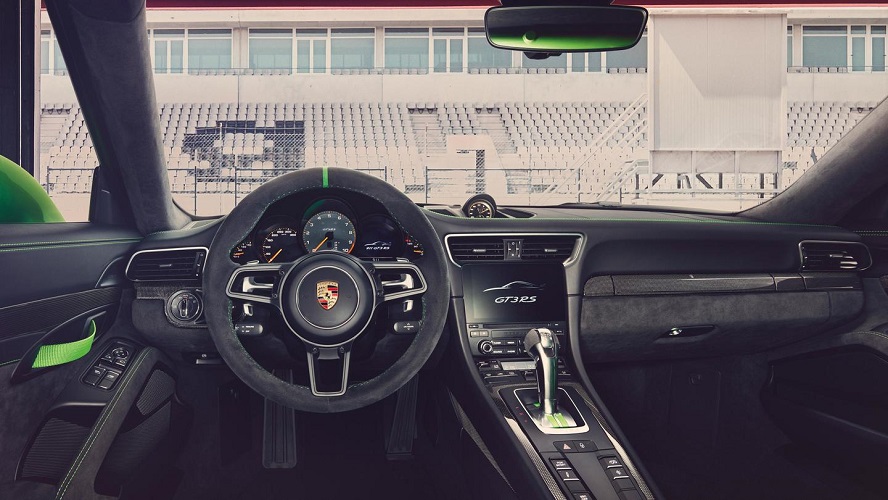 The GT3 RS sports a host of aero tricks to help it stick to the ground. It has two large air intakes that keep the engine cool while helping generate downforce. The front spoiler lip and side skirts have been widened, further keeping the car stuck to the asphalt. The black slats on the wheel arches help reduce pressure on the front tires and aid downforce. The frunk lid has NACA ducts to cool the front brakes without aiding negative downforce.

The 911 GT3 RS nameplate itself is special. Lessons learned by Porsche from its GT Racing efforts have been applied to make this car go fast on a racetrack. The car went around the Nurburgring-Nordschleife (the Green Hell) in a blistering 6:56.4 minutes (third fastest car around the racetrack and faster than the 918 Spyder!)

Moreover, what makes this car special is the immense level of personalization Porsche offers with it. A few options owners can opt for are:

Good luck finding any two Porsches specced alike. With the 911 GT3 RS, not only does one get one of the fastest Porsches ever but also a car that can be tailored to suit its owner’s taste. If you can afford it, there are few cars that are worth your consideration more than the 2018 Porsche 911 GT3 RS.